Synopsis: Hamlet, Prince of Denmark, returns home to find his father murdered and his mother remarrying the murderer, his uncle. Meanwhile, war is brewing. (from imdb)

Alexandra Byrne contacted us to see if we would sell her some of our pleated fabric for a costume for Gertrude in Kenneth Branagh’s Hamlet.  The colour chosen was a strange green gold.  We knew nothing of the style chosen for the garment and worried that the costume maker might find the fabric a challenge because it is not the kind of fabric that can be made up in traditional ways.  We did not see the film until it was available on CD or perhaps it was video at that time.  Years later I came across it on Pinterest shown in a museum setting with the details of Julie Christie as the artist in her role as Gertrude. 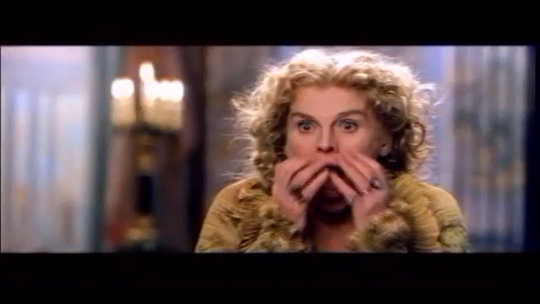