Synopsis: Modernization of Charles Dickens classic story finds the hapless Finn as a painter in New York pursuing his unrequited and haughty childhood love. (from imdb)

This is a film about which we have not story related to the film except that we heard that the director wanted ‘everything green’.

The jacket that Anne Bancroft is wearing must have been bought in Bergdorf Goodman – how do I know that?  Well it was a small incident that has turned into a memory.  The buyer from Bergdorf Goodman has been taken ill during London Fashion Week and someone else stepped in to do the buying.  He came, made notes and a few weeks later a very strange order came through – strange for us because he ordered in numbers.  Not many, but enough to alert us that something was different.  He ordered 6 green ‘anybody’s jackets’ and 6 pink – both with the same devore print.  Our forte is that we pride ourselves on the individual nature of each garment – ordering in numbers just does not happen.  The next season the buyer was back on her feet and we queried the idiot that had placed an order ‘in only two colours and several of each’ – her boss was with her and he admitted that he was the idiot.  Holes to not appear in the floor when you need them! 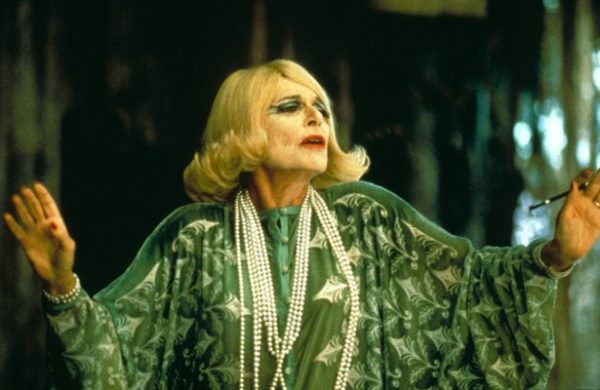