Synopsis: A retelling of the life of the celebrated 17th-century painter through his brilliant, nearly blasphemous paintings and his flirtations with the underworld. (from imdb)

At the time, Charles and Patricia Lester were considered to be hot news in the fashion world and were being asked to get involved in many projects in all sorts of arenas. This was the first foray into the world of doing film costumes and the beginning of a wonderful journey touching on the life and worlds of people working in film and television.

Sandy Powell got in touch to ask us to provide an outfit for Tilda Swinton who was a delight to work with. The outfit chosen was an elegant hand pleated silk two piece in a soft gold which echoed the golds featured in the film. 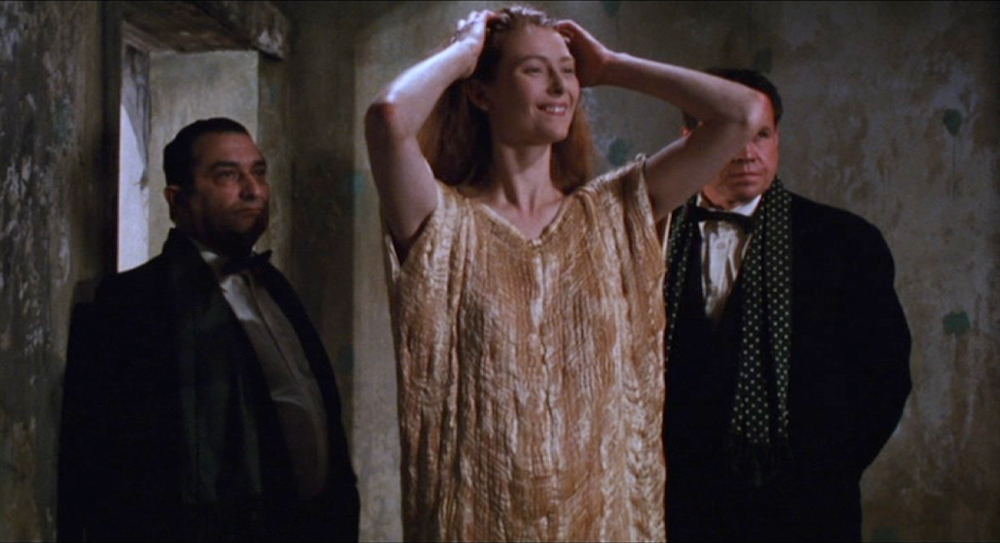